As with all of the great footwear brands, there is more to the story of Josef Seibel Shoes than many people realize. What they do know is that shoes made by Josef Seibel are among the highest-quality in the world. Here are some details about the history and how what has gone before remains a core element of the company’s philosophy. 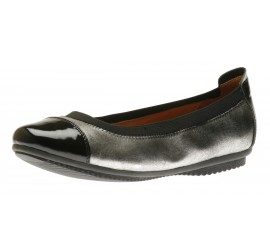 Before There Was a Company

Not many people will remember that a gentlemen named Carl-August Seible was crafting shoes before there were any thoughts about establishing a shoe factory. His first efforts, which included a limited range of shoes and sandals, were made in a workshop he maintained in his own home. The reputation for quality and detail that he built would provide the means of establishing a company later on. In the meantime, those who required footwear would make their way to his door, place an order, and return to pick them up once the shoes were completed.

The time came when continuing to produce shoes at home was impractical. That’s when Seibel opened his first factory in 1886. Located in Hauenstein, the factory was a first in more than one way. It was the flagship factory for the new company that would be known as Josef Seibel. That factory was also the first one dedicated to the production of shoes in the town. In a sense, Seibel is responsible for Haunenstein becoming known around the world for its shoes. It may also be one of the reasons why the city is home to the German Shoe Museum.

While others would follow in the years to come, that factory would remain in use until 1907. The need for more production space and a larger employee force required that an expanded facility be prepared as quickly as possible. The new factory opened in 1907 even as the old one was winding down. Today, that factory remains in full use and helps provide the company with many of the shoes sold around the world.

Expansion During the 20th Century

While the company’s offerings grew in popularity throughout the country, it was in the late 1940‘s that it began to expand to other parts of the world. The reputation and demand for the footwear led to it developing business operations in various parts of Europe in particular. This led to hiring more employees and allowing Josef Seibel Shoes to enjoy a long period of prosperity.

Like many companies, the recession that affected many businesses in the early 1970‘s also impacted Josef Seibel. The response was to develop a plan that included reducing waste, restructure the production process, and reorganize the business itself so that it was possible to accomplish more with fewer resources. The result of those efforts helped position the company for more prosperous times once the recession had passed.

The latter part of the 1980‘s proved to be another opportunity for Josef Siebel to capture a greater share of the market at home and abroad. During those years, the business constructed additional factories and warehouses in Hauenstein. Similar projects were undertaken in Hungary and Romania. Those new facilities made it possible to reach a wider audience and also begin to gain more of a market share in North America as well as in Europe.

Acquisitions Through the Years

Like many other brands that begin humbly, Josef Seible eventually turned to acquisitions to strengthen the company and move into new markets. The same lessons that the owners of Naot Shoes employed to improve the fortunes of their company would aid the second and third generation leadership of Josef Seible. This led to negotiations that eventually led to acquiring brands that enhanced the company’s reputation for quality and comfort.

One acquisition that is of particular note is Romika. Founded near Trier in Germany during the year 1936, the company focused on sturdy rubber boots plus a line of house slippers and shoes. During the first decade of operation, the business had become a major employer and built a client base that included several countries.

While World War II led to the destruction of the original plant, the company persisted. By the 1950‘s, it once again was making it’s signature products and expanding into more countries. That expansion continued into the new century, making Romika one of the most popular brand names in the world.

Romika was acquired by Josef Seibel in 2005. The business was restructured into a new company known as Romika Shoe GMBH. As of 2018, the company continues to maintain the Romika brand and offers it for sale in close to 40 countries around the globe.

Building a Reputation That Endures

Throughout it’s history, Josef Seibel has been known for the production of high-quality footwear that does more than hold up well. The shoes are also known for the amount of comfort they have to offer. This combination of proper fit, support, and comfort make them a favorite with many different kinds of customers.

As of 2018, the company continues to thrive. At present, there are 2500 employees working in factories, offices, and warehouses around the world. 320 of them live and work in Germany alone. The company produces five million shoes in any given year. All brands are now firmly established in over 40 nations. That’s quite an accomplishment for a business that was once based in a home workshop.

While the company continues to remain true to the values of founder Carl-August Seibel, the current generation, headed by his namesake, is constantly on the lookout for new techniques and methods that allow the operation to meet the demand without compromising on the quality. As the fourth generation to lead the business, the current Carl-August Seibel has pledged to ensure the company continues to offer nothing but the best to every customer. As anyone who has purchased a pair of Josef Seibel shoes in the last few years can attest, he is honoring that pledge.